From 1945 to November 25, 1975, about 1000 boys, often just 18 years old, left for Suriname to do their conscription, the troops TRIS (Troops in Suriname) stood for peace and security.

Palumeu is one of the villages where one of the expeditions went. In the documentary you see beautiful images of Palumeu in the 1950's. For some of these "boys" Arnout Van de Werken, Palumeu still has a special place in his heart. Arnout van den Werken went on an expedition to Palumeu in 1958 as a conscript soldier. Since then, the country and people have never left his mind and heart.  Arnout came to Palumeu several times and got a warm friendship wit  the captain and the residents. The residents of Palumeu wanted electricity and Arnout came up with a great idea and had a dam built. Unfortunately, due to  floods that ravaged the inlands, the reservoir and dam at Palumeu were also flooded. As well as the generator house with associated generator on the dam.

It is Arnout's wish to restore the dam so that the inhabitants of Palumeu have electricity.

Our Boys in the Jungle is directed by Jelmar Hoekstra and produced by Playback Images.The documentary has been shown in several cinemas in Suriname and the Netherlands and has also been broadcast on Dutch TV. 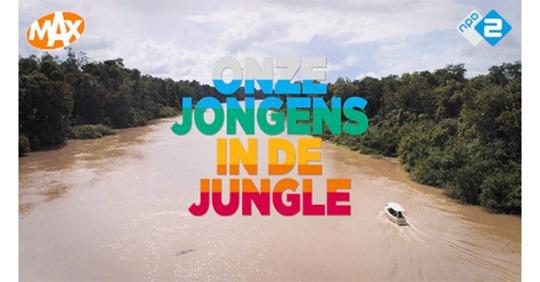 Scroll to Top
We use cookies to ensure that our website runs as smoothly as possible. If you continue to use the website, we assume that you agree.Ok